Parkinson’s is a long-term degenerative disorder that is seen commonly among elders and impacts the ability of a person to move freely. A patient of Parkinson’s often experiences tremors and most of the patients keep ignoring symptoms at early stages, leading to serious consequences. Parkinson’s can affect movement completely, making a senior bedridden in the long term, if not diagnosed in time.

Here, we are enlisting 8 early signs and symptoms of Parkinson’s disease that any senior or his/her caretaker must not ignore:

Experiencing tremors even when you are at rest is an early sign of Parkinson’s disease. If one feels shaking in fingers, thumbs, chin or hands, it is time to be alert and think of offering proper care with the help of elder care services to avoid the disease.

A drastic change in a senior’s handwriting may be the onset of Parkinson’s disease. If the letters have become smaller than the usual handwriting and words have started to senior living, one must be cautious and consult a doctor. If a senior lives under home assisted living services, the caretakers can keep an eye on regular instances of change in handwriting, making it easier to diagnose the disease at early stages.

If you have, of late, lost your sense of smell and have trouble smelling certain foods, it might be better to talk to an expert regarding Parkinson’s disease. Most often, such sign is ignored leading to serious consequences at a later stage. A small change in body’s functioning should be alarming during the senior years.

Disturbed sleep is an early sign of something wrong with the brain activities. If you experience a change in sleep patterns including sudden movements during the sleep, it may be a sign of Parkinson’s disease. You might want to talk to a doctor, filling him/her with your routine details and he might identify if the change in sleep patterns is associated with the onset of Parkinson’s disease.

Stiffness in joints, body, arms or legs might reveal something, giving a chance to diagnose Parkinson’s at an early stage. If you experience mild stiffness while walking, making it harder for you to move, you should not ignore this sign. Generally, stiffness or pain starts with hips or shoulders and people experience difficulty in lifting feet. If such is the case, it might be time to think of Parkinson’s.

If you are experiencing most of these signs and symptoms on the list, there may be chances that Parkinson’s disease has a role to play. The key to effective treatment of such a disease is the speedy diagnosis. Most of the times caretakers and even family members ignore these symptoms, making it harder to cure the disease as it has matured to an advanced stage.

With the help of elder care services, a family can ensure that the needs of their elders are not ignored and they are offered proper care and support at all times. Professional care helps in reducing instances of Parkinson’s disease among seniors. Moreover, such services also provide peace of mind to the family by making lives of elders easier.

Papaya Care is a leader in providing efficient home assisted living services and offers effective solutions for Alzheimer care and dementia care in Gujarat. The caretakers are attentive towards early signs and symptoms of Parkinson’s and other diseases as they are trained to handle such issues. The expert team of professional caretakers at Papaya Care ensures a senior is taken care of properly, minimizing the chances of diagnosis of Parkinson’s. 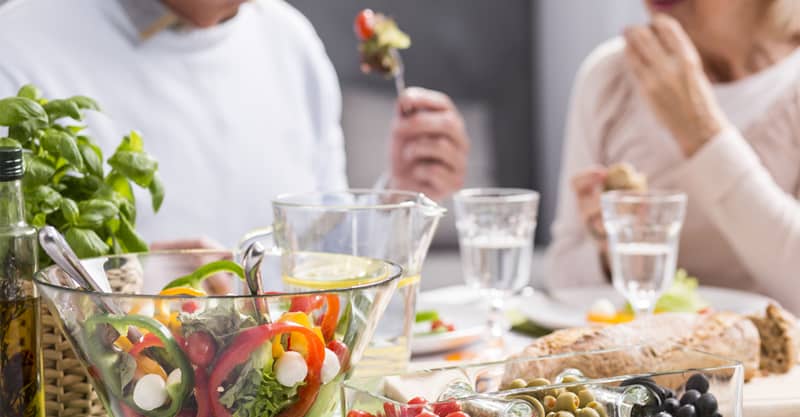 How can Palliative Care Services Help Seniors in Improving Quality of Life?